From the Directed Edge Developer Base
Revision as of 01:26, 20 May 2009 by Scott (talk | contribs) (New page: : ''This is a reprint from an article by Directed Edge co-founder Scott Wheeler that originally appeared in two parts in Gründerscene ([http://www.gruenderszene.de/it/we-think-youd-also-l...)
(diff) ← Older revision | Latest revision (diff) | Newer revision → (diff)
Jump to: navigation, search 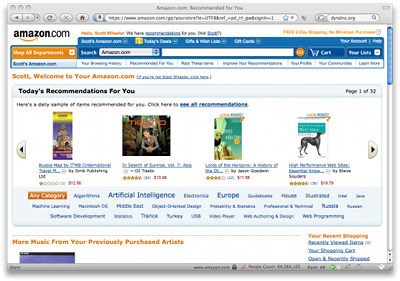 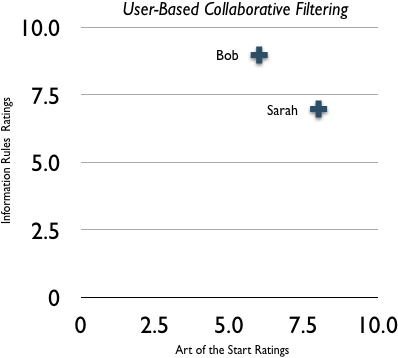 Graph-based recommendation systems are a less widely known subfield of recommender systems, but they deliver recommendations based on the connections between people or products. For the mathematically inclined, it can be show that you in fact can model any traditional collaborative filtering system within a graph. For instance, if we go back to our list of ratings, we can imagine a connection between Bob and “The Art of the Start”. Graph connections, or “edges” can also have weights - meaning, they tell us how strong the connection between those two items is. So Bob has a connection to “The Art of the Start” with a weight of 8, and a connection to “Information Rules” with a weight of 7.